Trident Motorsport scores triumphant win in Bahrain FIA F2 opener. In the opening race of the 2022 FIA Formula 2 Championship, held under floodlights at the Sakhir circuit, Trident Motorsport cruised to a scintillating win with Dutch driver Richard Verschoor, who dominated from start to finish in solitary fashion.

The FIA Formula 2 Championship was off to its 2022 start today at Sakhir, as the Bahrain venue saw the FIA F2 drivers line up for the Sprint Race under artificial light for a night event. In qualifying, Trident Motorsport had captured P9 with Richard Verschoor and P12 with Australian rookie Calan Williams. At the start of the race, which features a reversed top-10 grid from qualifying, 21-year-old Dutchman Verschoor took control of the proceedings and started a solitary march towards victory. A neutralization, which was necessary to remove a crashed car, didn’t scratch his dominance, as no contender was able to compete with him for the win.

Verschoor was extremely efficient in managing the thermal degradation of his tyres and was never really under pressure. The flag-to-flag win enabled him to secure the lead of the driver championship and Trident Motorsport to celebrate its maiden FIA Formula 2 win. For Verschoor, who was carried in triumph after the finish, it is the second win in the series.

After starting from the sixth row on the grid, Williams lost a few spots in the early stages. The Perth native kept a solid pace that enabled him to fight back to the 15 pace. The Feature Race is scheduled for tomorrow at 11:45 AM local.

"We are incredibly happy and proud of today's result, which rewards us for the hard work made over the past few months. Verschoor made an excellent start, taking the lead of the race at the very beginning. From that moment, he did a truly masterful job, constantly keeping control over his contenders and carefully managing the thermal degradation of the tires, which was certainly helped by the good set-up of our car. Williams lost some positions in the early stages of the race, managing to recover up to P15. Now we aim to leave Bahrain with a good result also in the Feature Race". 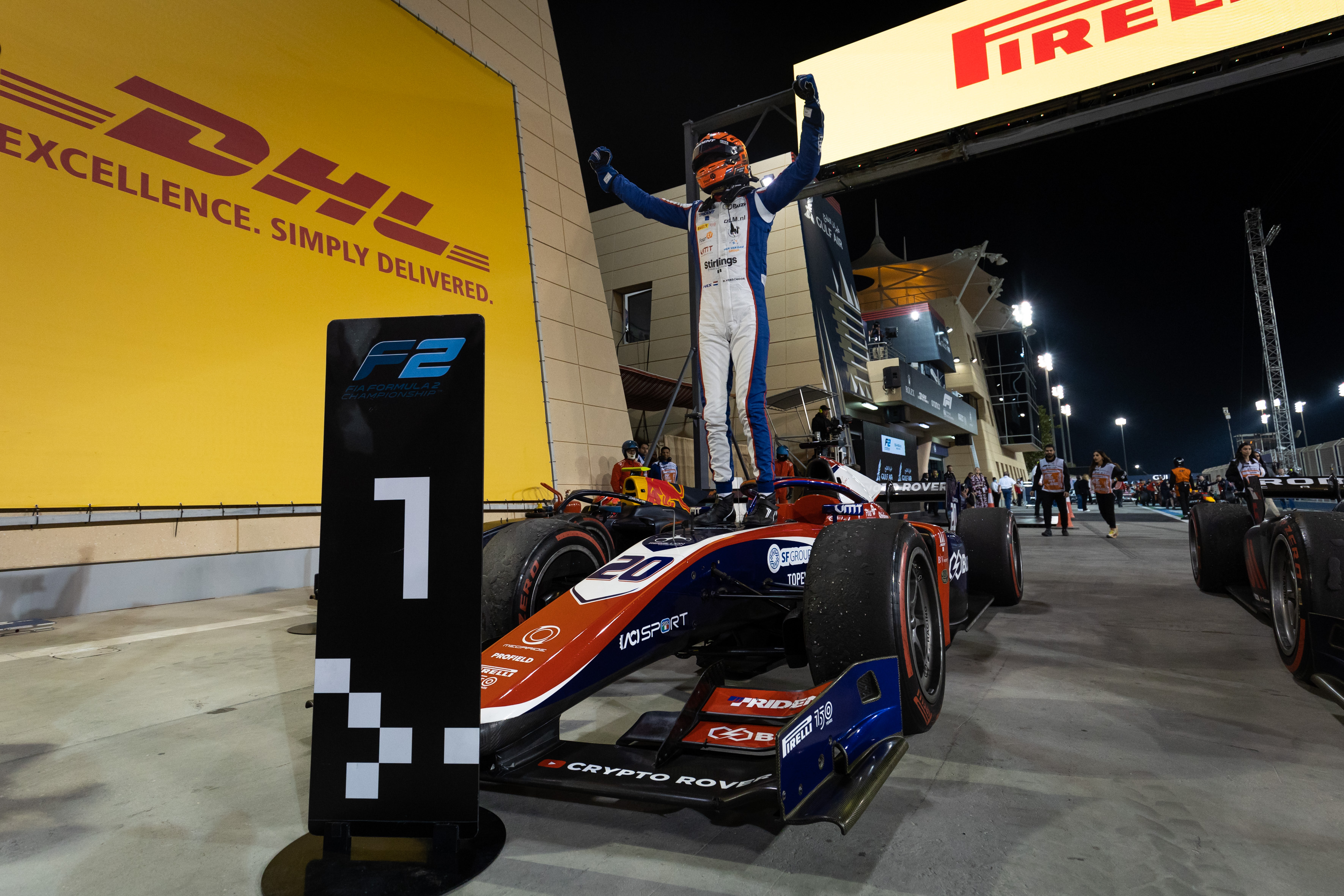